By default Dataedo imports all objects from documented database. However, you may configure which objects you want to import. You may define it based on: 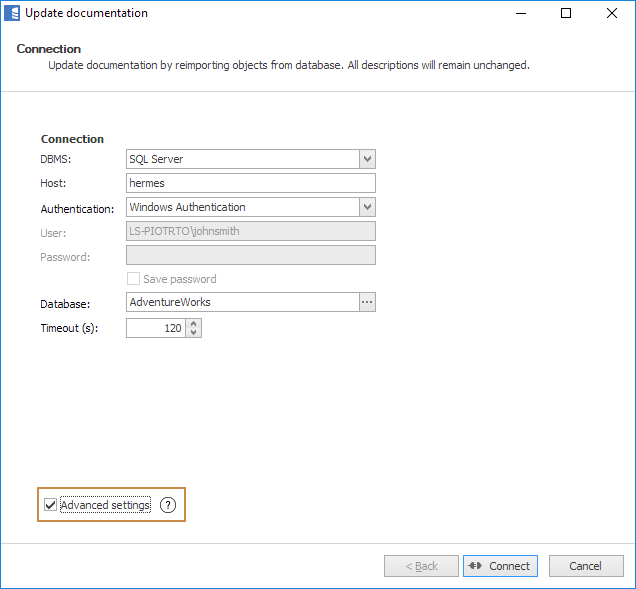 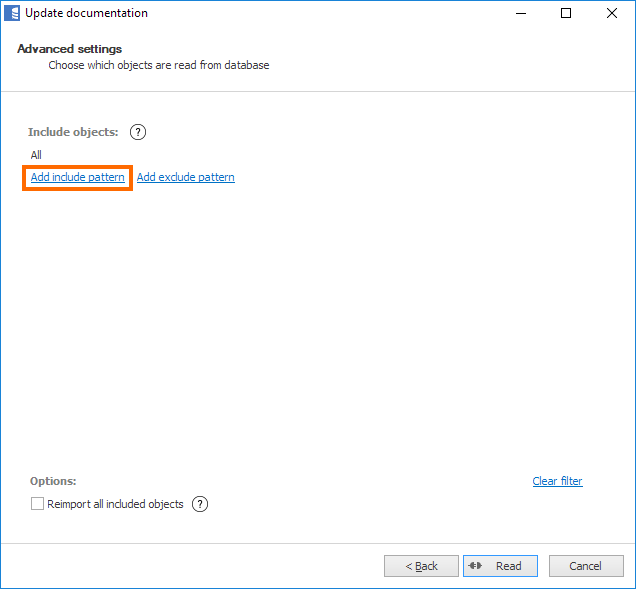 This will enable filter rules editor. 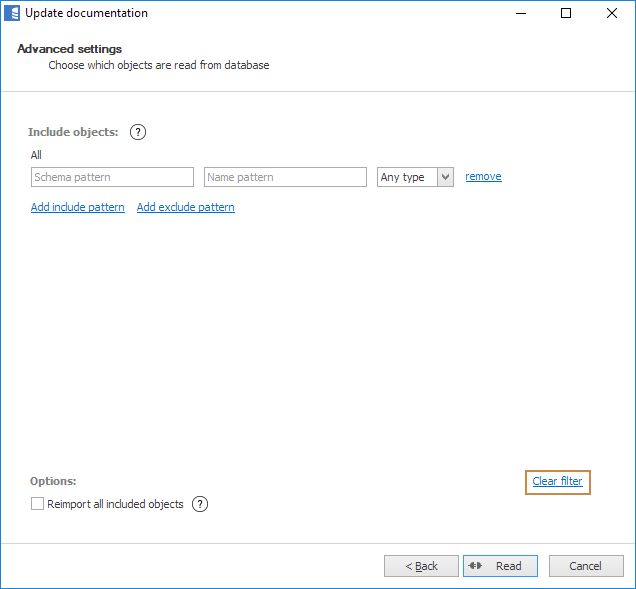 There are two sets of rules - Include rules and Exclude rules. To add a rule click Add include/exclude rule link underneath. To remove any specific rule click Remove rule next to it.

There is logical OR operator between include rules.

Each excludes rule subtracts objects from to your set of imported objects defined by include rules.

There is logical AND operator between exclude rules and a NOT operator before each rule.

Exclude rules are more important than include rules.

Below example imports tables from all schemas.

Below example imports all objects that names begin with 'cust' prefix.

Below example imports all objects but excludes any stored procedures and functions.

Below example imports tables and views plus functions from 'hr' schema, but excludes any object from 'admin' schema and any object which name ends with 'temp'.