Why upgrade to Dataedo 6

This article compiles improvements in Dataedo 6 over Dataedo 5.

This is a flagship feature of Dataedo 6 - the ability to add custom metadata fields to any database object/element. You can add additional descriptive fields to columns, tables, etc. This opens up a lot of new possibilities.

Those fields can be searched for, and used as filters during the search. Now you can find all confidential fields in your database easily.

Another key feature of 6.0 is the ability to create cross-database, cross-server, and cross-engine table relationships. It enables you to create relationships in Data Dictionary and use them to create ER diagram that shows multiple databases. This allows you to document how various systems are linked together. It's particularly useful in case of SQL Server and MySQL if your system has more databases as those engines don't support FKs across different databases. 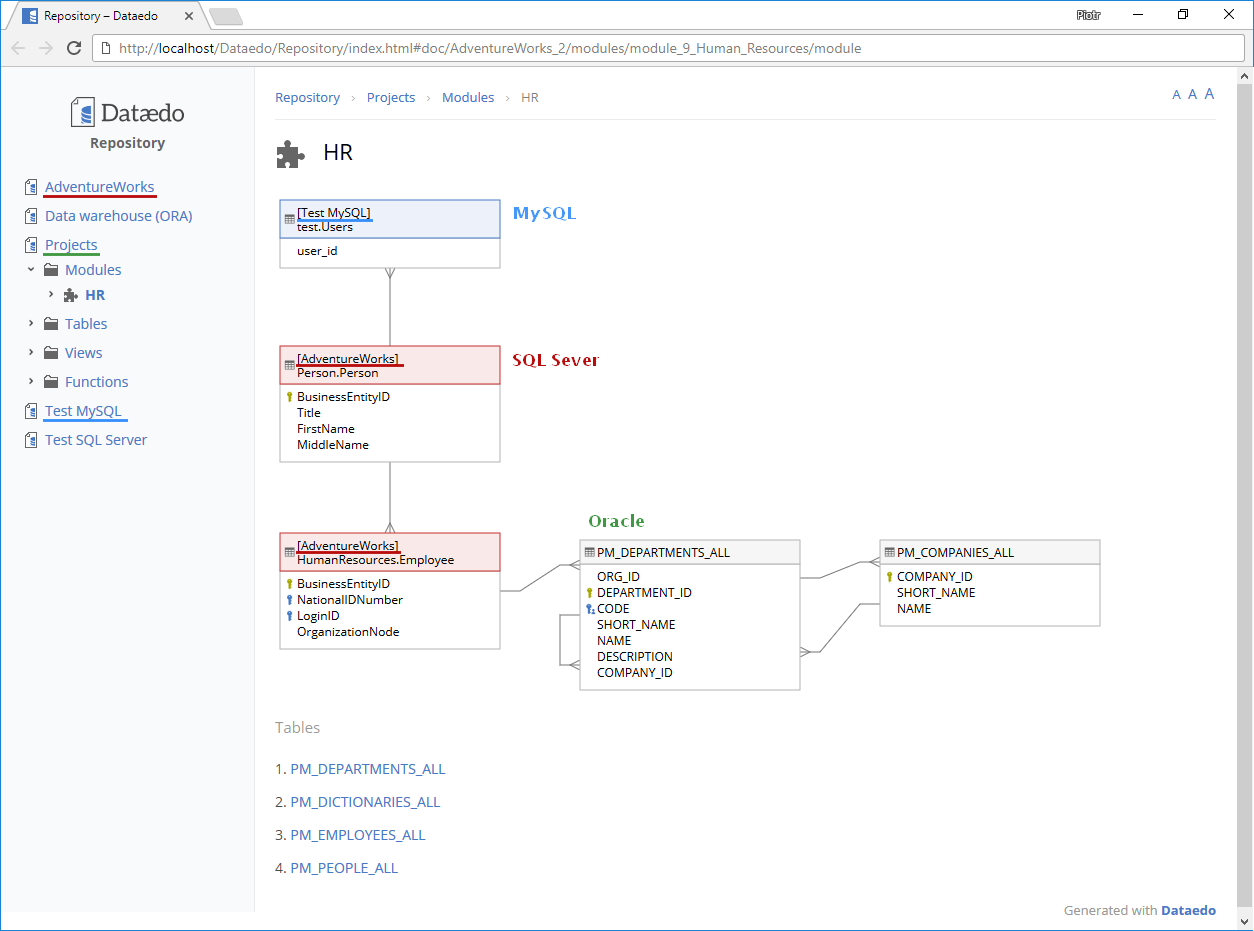 One to one relations

Dataedo 6.1 introduced the ability to define cardinality of FK/relation to 1:1, both existing and user-defined relationships. In the data dictionary and ERDs.

You can now add a dependency to any object's dependencies tab. The new dependency can be created across databases and engines. This is particularly useful for databases such as MySQL where dependencies are not provided by database data dictionary, and you can document this information manually.

Exporting descriptions back to the database

With Dataedo 6 you can save descriptions and custom fields from Dataedo repository to extended properties of your SQL Server databases or descriptions to comments of your Oracle databases.

It is now possible to export multiple documentations to a single document. So if your system spans across multiple databases, you can hold them all in a single PDF file or a website.

We've altered the look of HTML export to make it even more intuitive. 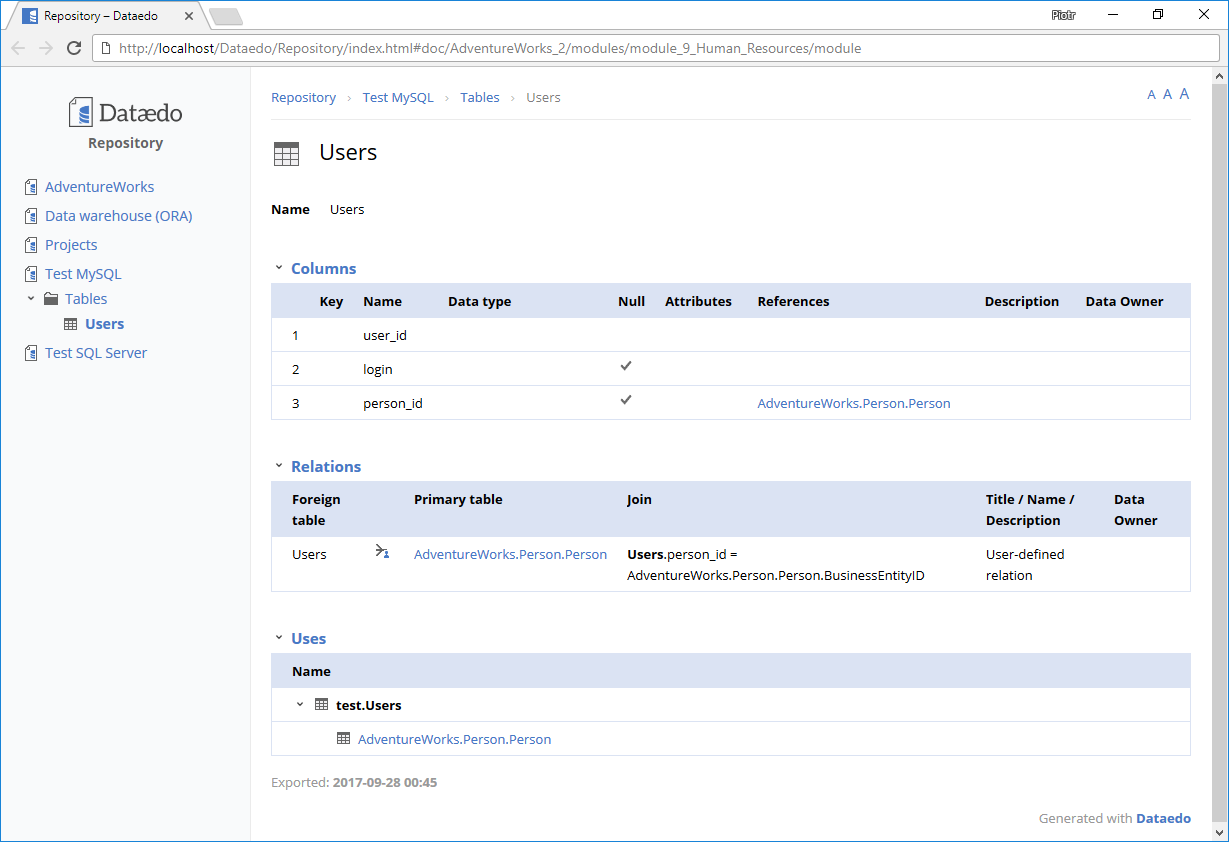 Previously, to add an object to ERD you've had to use the object list on the right side of the screen. This could be cumbersome, especially when you've wanted to add objects from different documentations.

Now you can just drag any object you want to add from the navigation tree on the left side of the screen.

You can also drag entire branches to an ERD, eg. drag an entire module to the ERD to add all the tables and views included in it.

Adding objects from a different documentation to ERD

In Dataedo 6 it was possible to add objects from different documentaions to an ERD only if they had relations to existing objects.

Now you can add any object from any documentation to an ERD using the drag & drop feature described above.

Dataedo 6 can now import metadata from multiple Oracle schemas at once. 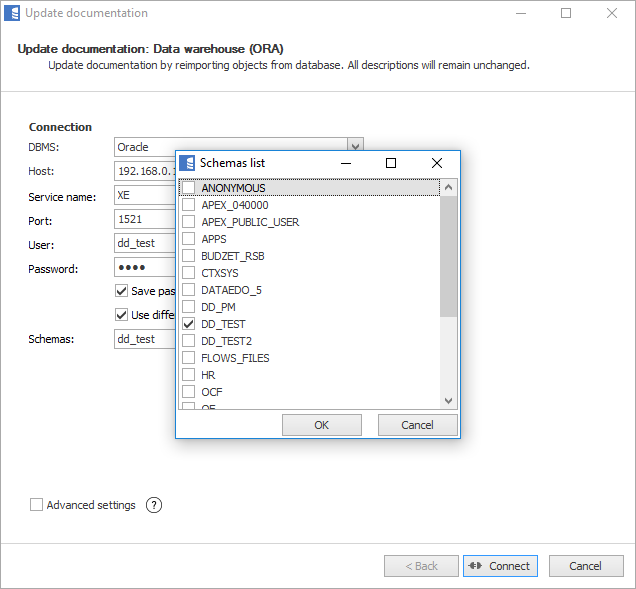 It is now possible to include view, function, stored procedure and trigger scripts in your documentation export.

You don't have to repeat information visible in script comments in descriptions anymore. 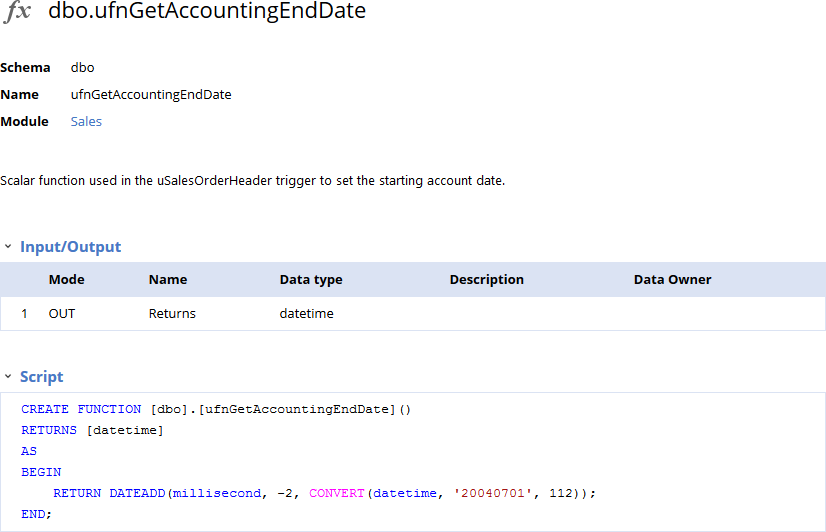 Another small but pleasing change. We added table reference information next to a column. Now you can quickly see if a column is a foreign and to what table. This information is visible in UI and exported to HTML and PDF. 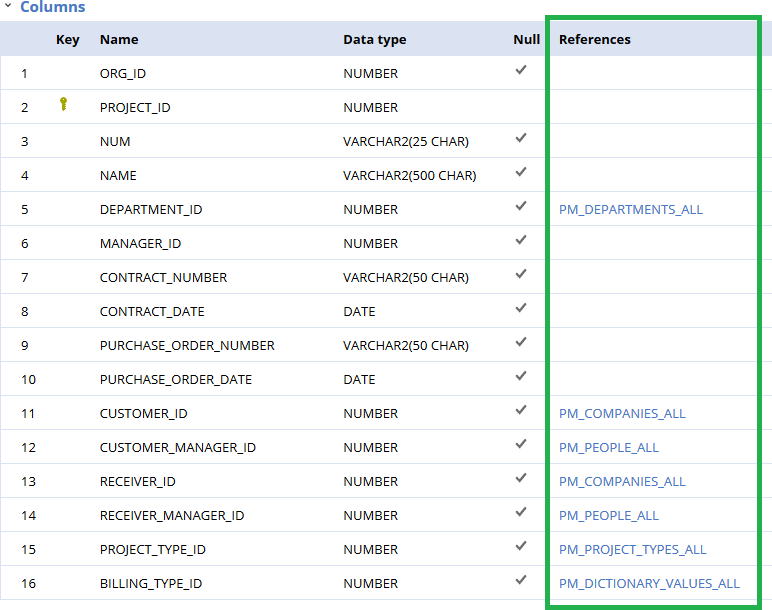 From now on, all information from Keys tab (either imported from a database schema or added manually in Dataedo repository) will propagate to columns table, diagrams and exports. 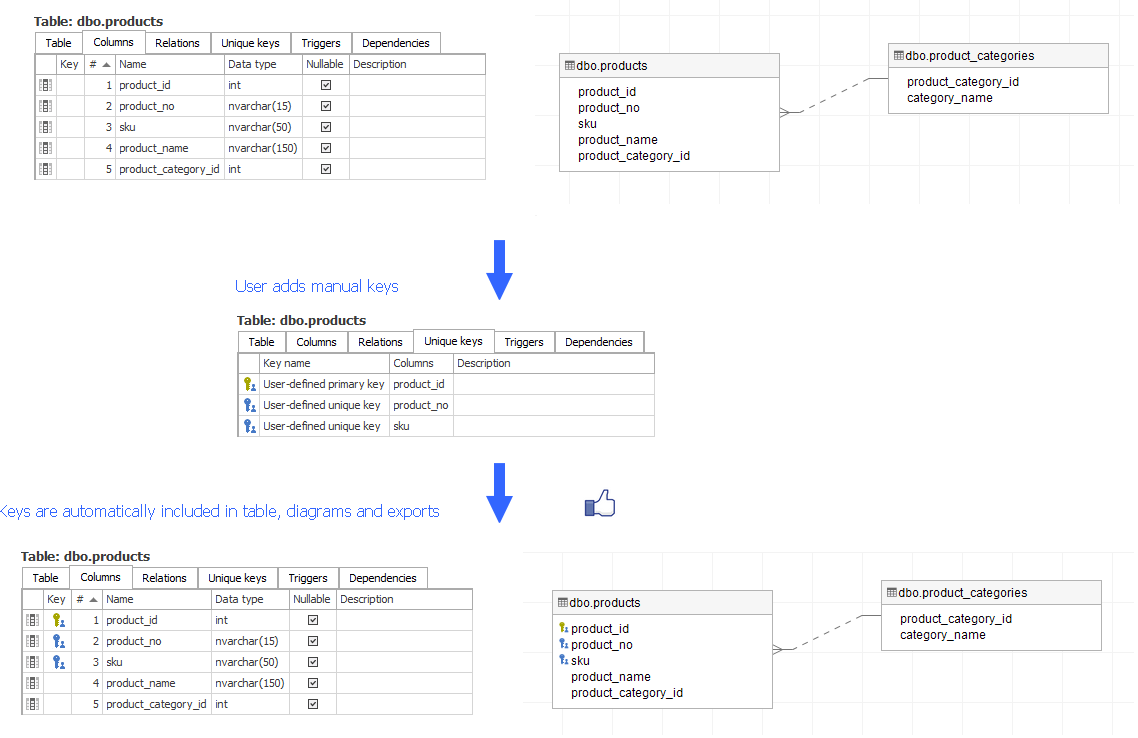 We've added a special .js file to our HTML export making it even easier to include it on Confluence pages without issues with page sizing and formatting. 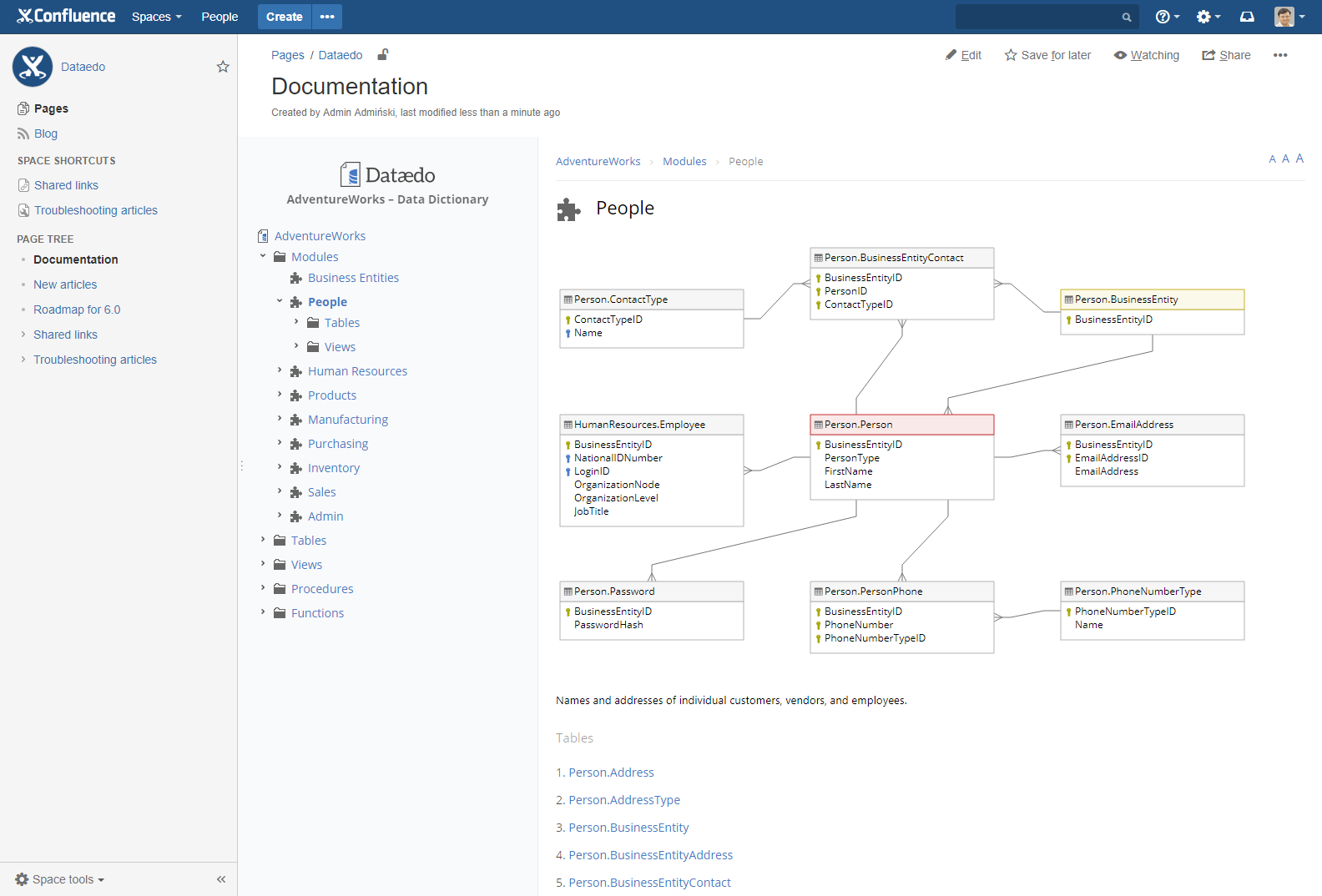 Easier to show/hide all columns on ER diagrams 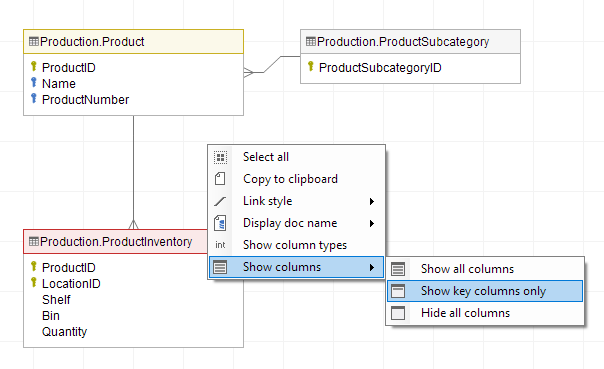