One of the most requested features for exported documentation was search in HTML export.

Previously, objects could only be added to modules within their documentation.

To better support cross database environments, you can now add object to modules from any documentation in your repository.

You can add objects from different documentations as usual, by dragging them from the navigation tree, from object lists one by one or in groups or by choosing modules on the object's description page.

In Dataedo 7, we're working on adding new object types which were not previously imported.

For Dataedo 7.0.4 beta we've added support for importing materialized views from Oracle and PostgreSQL. They will be visible in the Views folder with a new icon.

When creating a user-defined table you can now specify it's subtype. It will have a new icon and will be marked as that type during export. 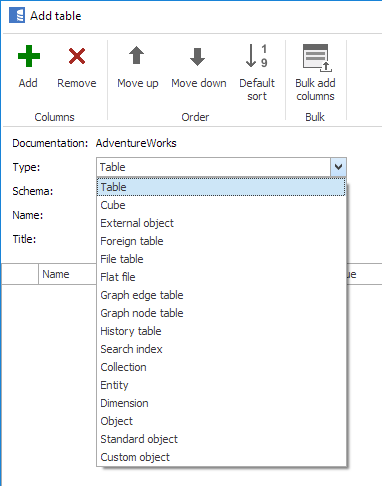 We've made improvements to how Add table and Design table windows work. They should now be more responsive and easier to use. 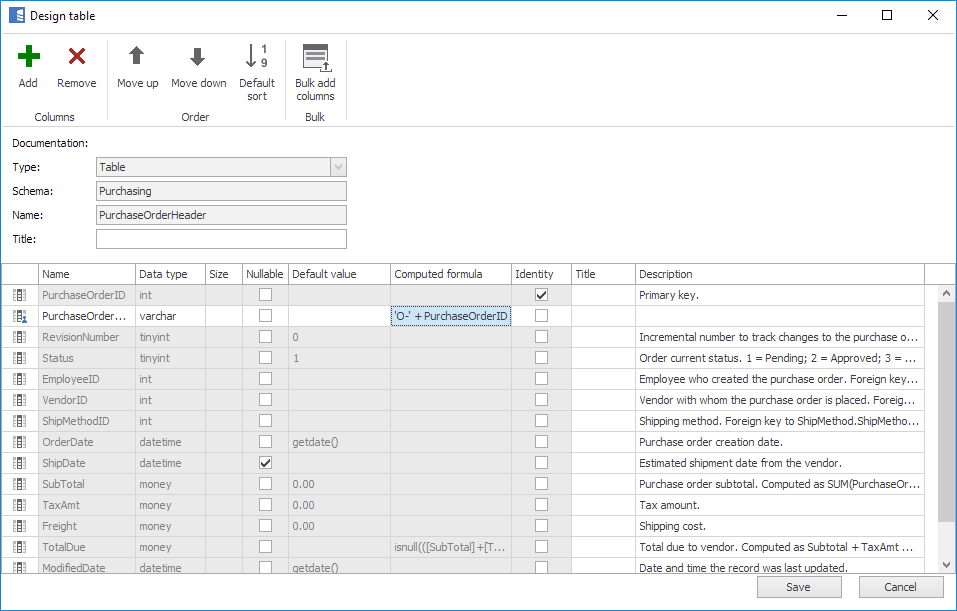 Bulk add columns now better deals with copied empty lines and we've added a short note explaining how to use it.

We've made multiple improvements to our ERDs.

You can now add all objects related to a node on an ERD by right clicking it and choosing Add related tables:

Objects related to selected tables on an ERD are now displayed in bold in Available entities list.

Adding a new manual table on ERD screen now also adds it to the module.

Until now in schema import now we used the same option for PostgreSQL and Amazon Aurora PostgreSQL.

In 7.0.4 you can choose the exact DBMS you're actually using. 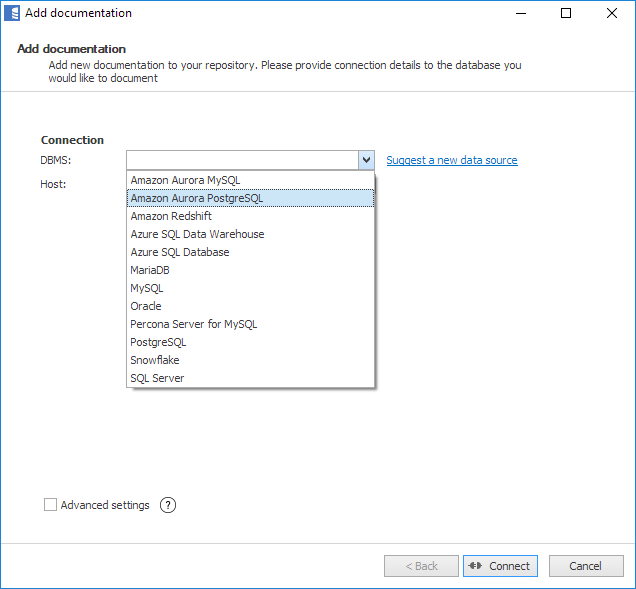 Learn more in the documentation.