In 7.1 we have added support for IBM Db2 database.

Find out more in documentation.

When your table contains hundreds of columns, finding the one you want to edit can be cumbersome. In Dataedo 7.1 we've added an option to filter objects:

And an addition to our previous search feature - search within current tab:

This applies to almost all of our grid style tabs.

Until now, importing from Oracle required Oracle Client installation. In Dataedo 7.1 you can choose direct connection:

In case of any issues, Oracle client connection is still available.

A much requested feature on our forums was the ability to document packages.

Using Dataedo 7.1, you can now import package scripts - they're visible in the Procedures folder: 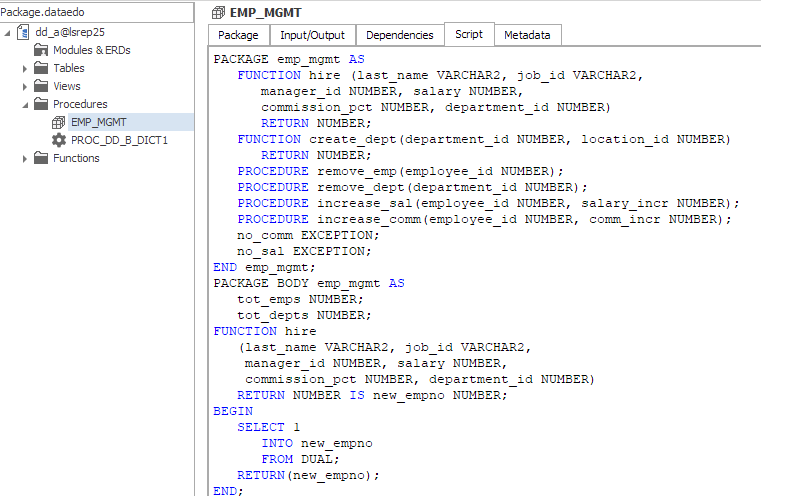 When connecting to your server repository, Dataedo 7.1 always tries to use encrypted connection.

To better protect your data, you can now also block unencrypted connection, or when encrypted server certificate is not trusted by your machine: 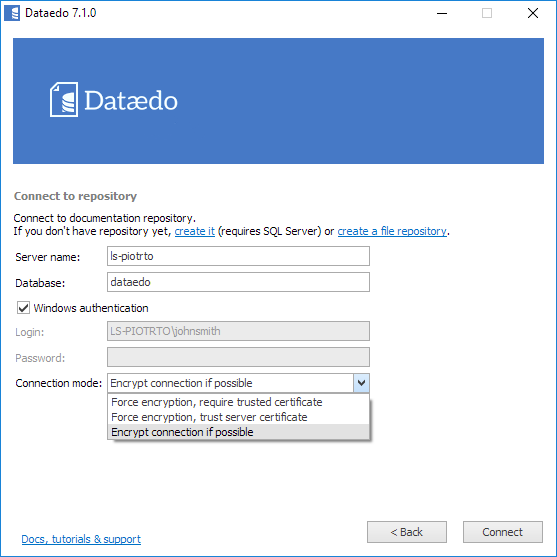 Clicking an object on ERD now displays objects related to it in the Suggested entities tab.

When no objects are selected, Suggested entities contain all objects related to objects already on ERD.

Other entities displays objects not already on ERD from the same documentation by default, or all other documentation if you check the All docs box.

Sometimes you know that there must be a relation between tables, but you're not sure which columns are used for joins.

You can now add a relation without specifying columns which it references.

New user defined relations now get their default name based on joined tables.