We've updated frameworks used in the development of Dataedo and refreshed the UI. Higher display scaling should no longer make Dataedo unreadable. This also allowed us to fix multiple hard to replicate issues that some users encountered and unlock additional options for improvements in the near future.

Multiple users asked us about the option of including tables in rich-text descriptions. Previously it was possible to paste a table from another spreadsheet, but with limited formatting options. Dataedo 8 adds an option to create and format a table directly in a rich-text field. 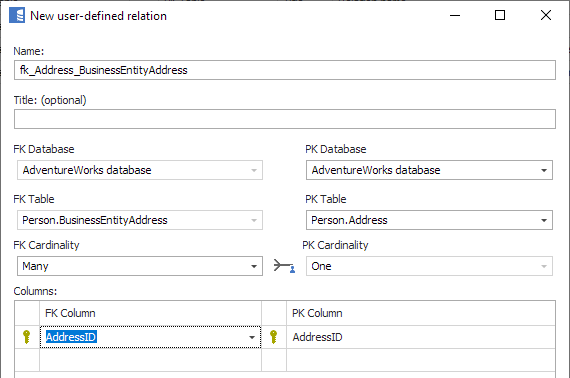 Until now, customized templates were independent of the source template. This could cause issues since when new features were added to the standard template, they wouldn't automatically be included in custom templates. Templates created in Dataedo 8 onwards will automatically update their base parts. However, this will require re-creating the templates (we promise it's the last time!).

When sharing exported documentation, especially with databases hosted online, showing host and database name can be a vulnerability. It is now possible during export to hide this information.

Previously, search in HTML export by default checked only object names. An additional option had to be set to also search column names. This setting is now checked by default.

Dataedo 7 allowed for exporting comments to database schema for:

Now, we added this functionality for following connections: