Sometimes objects or columns in your database get dropped. After you import changes to Dataedo, those objects/columns will be marked as deleted.

After object in database (table, stored procedure, etc.) gets dropped, when importing changes Dataedo lists those in the import wizard. 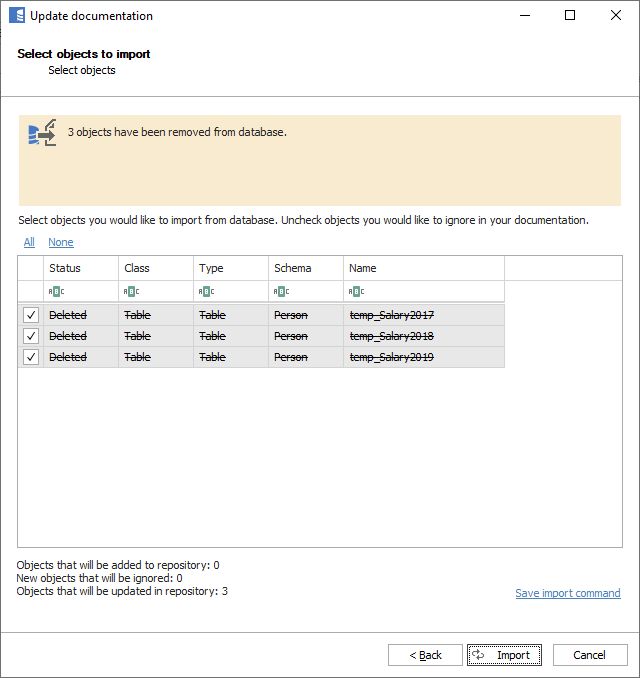 Similarly, to objects (table, views, etc.) also their elements (columns, keys, parameters, etc.) are marked deleted when missing in import. The idea is the same - copy the description and delete with Delete key or Remove from repository option in context menu (right click). 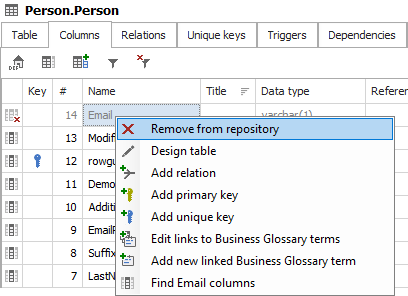 If you decided that you don't want a specific object or column in the repository you can remove it. To remove object, select object from the navigation explorer, right click and choose Remove from repository option or press Remove button in the ribbon.

To remove deleted column, you can select it in Columns tab and choose Remove from repository option. 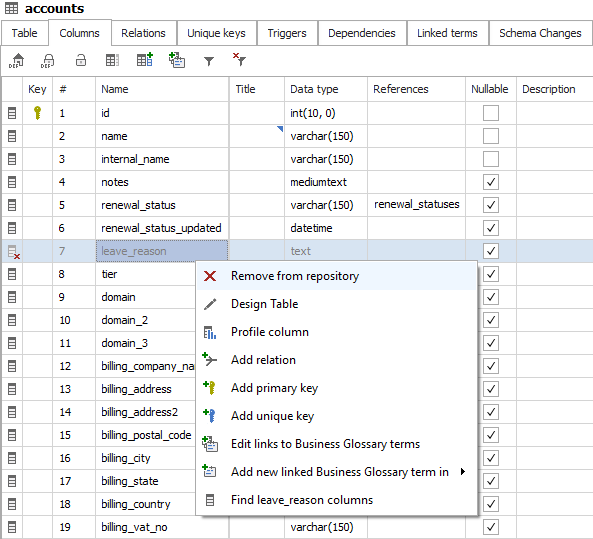