Is Lack of Database Documentation a Global Problem for Software Developers?

Recent StackOverflow (most popular software developers forum) developer survey (50k developers from around the world were surveyed) showed, in my opinion, one particular problem I think is underestimated – lack of proper database documentation. At least this is what my intuition and experience tells me. But let’s get to the facts.

Most Developers Use SQL

Most Popular Technologies In 2016: 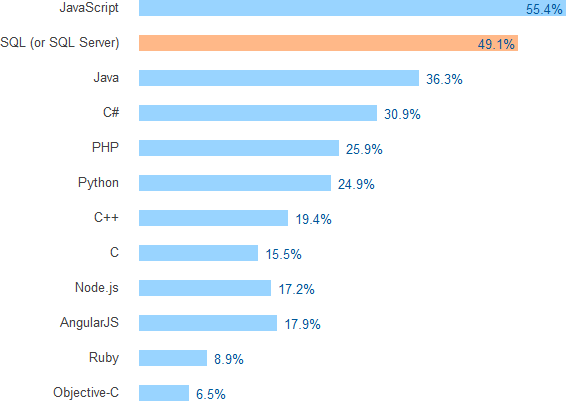 Documentation Is One of the Key Challenges

When asked what are key challenges at work, third of developers around the world pointed a lack of proper documentation as an issue, making it second most universal problem. 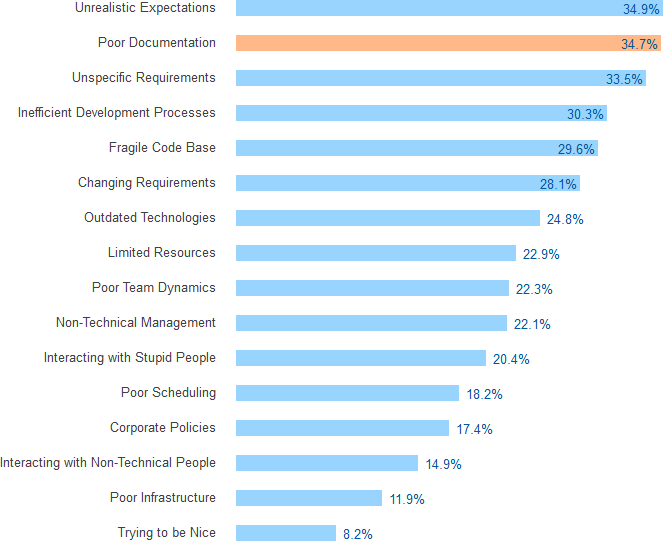 A Solution: Start Documenting Your Databases

When you put the two observations together, you might conclude that lack of database documentation might be a serious issue in many software development projects. And the remedy is within your reach – start documenting your databases. It’s as simple as that. It doesn’t matter if you just set up a few tables or your database has thousands of them and no one knows what is inside. Take a time and document what you know today. Any documentation is better than none. Repeat that each time you create or learn something new. Soon, your team and organization will find itself in a better, more controlled place.

In this blog, we will try to help you in that process sharing our knowledge, good practices and tips.

Do You Really Need a Huge ER Diagram for the Entire Database with ALL the Tables?

Who do You Document Databases For

6 Useful Oracle Data Dictionary Queries Every DBA Should Have