What is INFORMATION_SCHEMA? What databases support it? 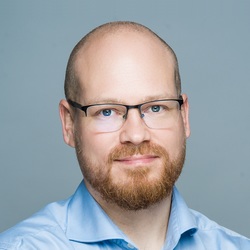 INFORMATION_SCHEMA is schema with a set of standard views/tables (depending on specific database engine) providing access to the database metadata and data dictionary - list tables, views, columns, stored procedures or functions in a database. This standard is part of SQL-92 and was implemented by some of the popular databases.

SQL-92 specifies a set of standard tables/views that each database should support:

Some of the standard views:

Deviations from standard and issues

The standard was widely adopted by database vendors, yet no one impmenation was fully compliant with it. Vendors treated it more as a guidelines rather that fixed standard.

There are a number of deviations and issues with information_schema views in different databases.

Some views are simply ingored and not supported. Example of such case is VIEW_COLUMN_USAGE in MySQL.

Quite often, views and columns are in place but data is missing or not reliable.

Because databases have their specific elements vendors add their own columns. For instance, MySQL has a ROUTINES view that holds stored procedures and user defined functions.

Because infortmation_schema stadard is limiting and doesn't reflect unique features of databases vendors created their own system catalogs (data dictionaries). SQL Server has sys schema, Oracle ALL_, USER_, and DBA_ views and PostgreSQL has pg_ views.

We are proud that we launched and commit to updating grand repository of queries to system catalogs of various popular databases.

Visit Database Query Toolbox - probably the biggest repository of queries (after StackOverflow) on the web.