We have tested and successfully connected to and imported metadata from ClickHouse with their official ODBC driver.

We have tested and successfully connected to and imported metadata in following environment:

After that hit windows key, search for ODBC DataSources 64 bit and open this app. In System DSN tab you should be able to see ClickHouse DSN (Unicode). 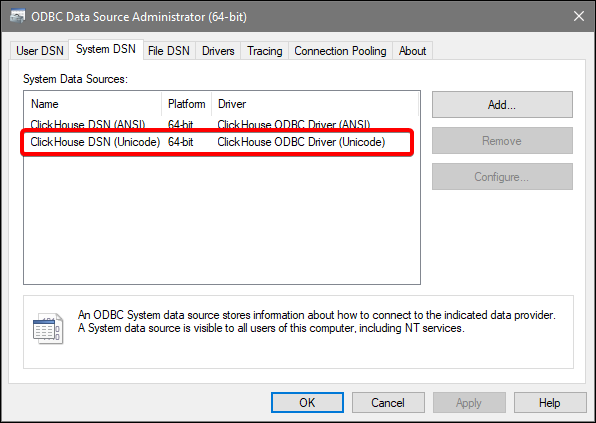 Go to User DSN tab and click on Add button. Double click on ClickHouse DSN (Unicode) to configure it. 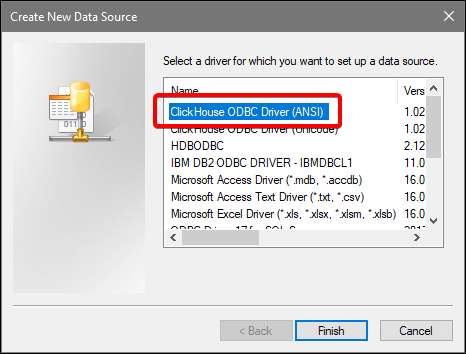 Provide all the connection as follows:

Accept with Ok and you're ready to go.

Go to section Connecting to database with ODBC in this article to use this ODBC driver to connect to the ClickHouse database within Dataedo.